Refer to our basic OOPs concepts in Java for better understanding: Inheritance and polymorphism.

Below is a program for better understanding of how super class can be invoked using parent class method:

The output of this program will be:

As we discussed the final keyword would help in not inheriting the properties. Below is a demonstration of how we can do this:

The above example will show an error: cannot inherit from class Mammal

Difference between super and super() in Java

super() in Java is always used by the user when he wishes to make constructor calls. We use it to call the constructor of the base class. super() can only be called inside a constructor. It is not possible for the user to call super() anywhere else in the program. Super without the method is simply an instance of the super() class constructor. Hence the arguments in super are generated without any hassle. It can invoke any method which is accessible by super().

The syntax super.x will give the user access to all the methods and properties of the superclass. However, super() will simply you the instance of the class just like a constructor. 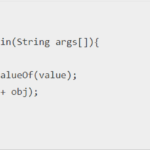 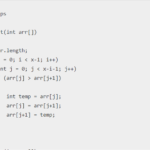