Java Map interface is the one that stores values on the basis of keys and their values where each map has unique keys.  An entry in a map consists of a key and a value.  The map interface is present in java.util.Map package in java which maps both the value and the key. This interface has a little different behavior from the other collection fields as this has only unique values. Map in java is not a class, it is an interface. Since the map is an interface, it can only implement interfaces and not the classes. The user can perform a number of operations in the map interface.

Difference between HashMap and hashtable:

There’s a sub category of hashmap which is LinkedHashMap that maintains the order of the elements to be added. However, in case of hashtable there is nothing like an order. A hashmap maintains no kind of order of elements or of the mapping.

Fail fast is a system in java which tends to fail immediately when an error occurs. This usually happens while iterating through the problem. HashMap is a fail-fast in java whereas a hashtable is not. Hashmap throws a ConcurrentModificationException in case an error is about to occur. This problem only occurs because an iterator works in the case of HashMap. An enumerator however doesn’t let a hashtable fail-fast

Take a look below to understand the operations on the map:

How to Create a map program in java

The output of this java program will be: 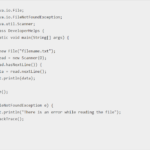 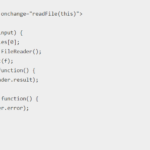