The cycle of the thread works in the following manner:

Description is as follows:

New: When a new state of the cycle is formed, the new life of the thread begins.

Runnable: we put a thread in the category of runnable when a new thread starts to perform action.

Waiting: when a thread is already performing a task, the other thread is kept on hold or wait. Once the previous thread finishes its task, the new thread comes into play.

Dead: we call a thread dead or in terminated state when it completes its task.

There are mainly two types of threads in Java which can perform multithreading in the program. They are user thread and daemon thread.

Another method is isDaemon() which can be used by the user to check if the thread is Daemon or not.

We can create threads for multithreading using 2 criteria, they are:

Below is a program to understand how multithreading in Java works:

The output of the above program will be:

We have some advantages of multithreading:

Java program to get IP address 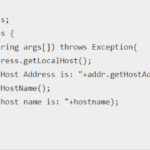 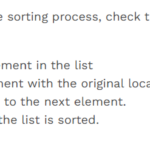