Python memory error generally occurs when the interpreter runs out of the memory. In this case, the execution needs to be aborted in any way. Python throws an exception called MemoryError exception which lets the program help itself from falling back and another chance to recover. In this case, the memory which has drained takes another chance to recover itself.

As we know that python uses the malloc() function for the management of memory. However, it does not mean that python will be able to recover all the programs because of malloc(). So in cases where it is not possible to recover, python throws a memory error. Python objects actually tend to require more memory as a matter of fact.

What is Python Memory Error?

Python exceptions are all present under BaseException. In places where the user has assigned some memory to the application but applications start demanding more space. In those cases, this error shows up. Especially, when the coder has installed a 32-bit python version, then he is actually running on low memory allocation.

The 32-but has only access available to a maximum of 4GB RAM. However, memory allocation technically depends on the device. On the other hand, the 64-bit system faces fewer memory issues as it has a better memory system than 32-bit.  Another reason for this error could be the large dataset size also.

There are some ways by which the user can resolve memory Error in Python. It can be done by the user by optimizing the functions and logic wherever possible. For example, as we know in Python 2, the zip function can take in multiple iterables whereas it returns a single iterable. Hence, the user can skip storing all the items in the memory by using zip which retrieves the items. The user can then use them where necessary. Else, upgrading to python 3 can also help in avoiding the error situation. 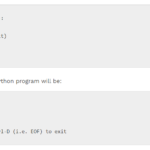 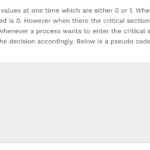