Python class constructor and objects which are the building blocks of this language. We are aware of the fact that python is an object-oriented language. Python has classes which can only one type of data type at a single time. The user can declare a class in Python as:

Python class constructor is that part of the code which comes into play when the user creates a new object of the class. A constructor can be called in two ways. Either it can be done by calling each variable directly from the object. We use dot (.) symbol for this. Another way is by using the self keyword in python.

Types of constructor in python:

Python program to illustrate the use of class constructor

A constructor will accept the self keyword always as the initial argument and later helps in accessing the methods and attributes of the class. As __init__() method defines, the user can pass as many arguments as we want. There are some inbuilt class functions in python as well. Let us discuss about them. 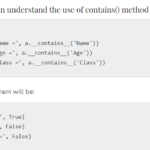 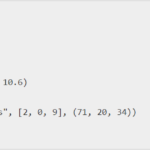