Python is an interpreted high-level general-purpose programming language and python sleep() is one of the essential functions. The philosophical design of Python emphasizes code readability with the use of significant indentation. The language constructs as well as its object-oriented approach aim to help programmers write lear, logical code for small and large-scale projects.

Python is the dynamically typed and garbage collected language. It gives support to more than one programming paradigms, including structured, object-oriented, and functional programming. Python ranks as one of the most popular programming languages.

This is how the given program works:

You can see in the above example that, sleep() takes a floating-point number as an argument.  The actual suspension time was less than the argument specified to the time() function before Python 3.5. Python ⅗, made the suspension time least the seconds specified.

Multithreading refers to concurrently executing multiple threads by rapidly switching the control of the CPU between threads, this is also called context switching. The Python Global Interpreter Lock limits one thread to run at a time even if the machine contains more than one processor.

Before talking about sleep() in a multithreaded program, here is something about processes and threads. Any computer program is a collection of instructions. Thread is the subset of processes that can have one or more threads.

This program has two threads t1 and t2. These threads runs using t1.start() and t2.start() statement.

But t1 and t2 has to run concurrently and we will get different outputs. 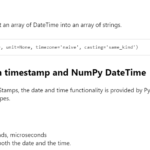 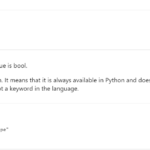