Python in the Computer science branch works under libraries. One of the libraries is NumPy which is very essential for coding. It is generally used to work with arrays. It adds support for large, multi-dimensional arrays and matrices, along with a large collection of high-level mathematical functions to operate on these arrays.

The ancestor of NumPy, i.e. Numeric was created by Jim Hugunin with the help of several other developers. In 2005, Travis Oliphant created NumPy by incorporating the features of the competing Numarray into the Numeric with extensive modifications. Technically, NumPy is open-source software and has so many contributions.

There are a number of applications of Numpy applications as well as the areas where the Numpy library is used in python. Some of them are listed below:

If the output produces the same number of elements then the user can change array dimensions at the runtime. np.reshape(…) function is applied on the array to reshape it. This will be useful for performing the various operations. We can use it whenever we want to broadcast two non-similar arrays.

We generate the array data set for implementing various functions. We can also generate a predefined set of numbers for the array elements using the np.arrange(…)function. Reshape function is useful to generate a different set of dimensions. The user can generate some random functions for an array having random values.

NumPy has some extra data types. We refer it to the data types with one character. However, we can use “i” for the integers, “u” for unsigned integers, and much more.

Here is the list of all the data types in NumPy and the characters used to represent them.

Output of the Code

Data Mining and Its Types 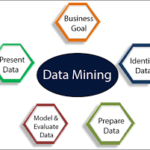 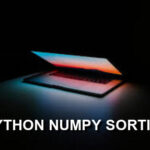