Method overloading is a feature in Java that allows a class to have more than one method which has the same name, even if their arguments vary. It is also done within the same class with different parameters. Overloading is sometimes also referred to as compile-time polymorphism. Overriding is a similar concept in java. It varies with method overloading as it is performed in different classes having the same parameters. One class is the parent class and the other is the child class. Overriding methods have the inheritance relationship within the classes.

Read about Polymorphism in JAVA

There are different ways of performing overloading:

The main advantages of overloading are:

From the above example, we can see that we don’t have to remember different names for functions that are performing the same function in the program. For example, in the code, if overloading was not performed by Java, we would have to create method names like subtraction1, subtraction2, … or subtraction2Int, subtraction3Int, … etc.

However, we cannot perform method overloading by changing the return type of the method. It is because of the rise of ambiguity in the code. It can generate a compile-time error while compilation. Below is a program for elaboration:

The frequent question that arises while executing the process of method overloading is can we overload the main function in java?

It is also possible to overload static methods in java by having multiple static methods with the same name and different input parameters. However, we cannot overload two methods if they have the different static keyword in the code. 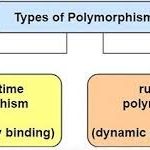 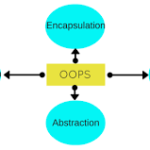