Flatten list in python means converting a multidimensional list into a single dimension list. the user can also perform the same for nested lists as well. For example, if the user wishes to convert [2,3,4], [12,32] into flatten list, the output will be [2,3,4,12,32]. This process of converting a multi-dimension list into a flatten list is called flattening. This method is performed by either using loops inside loops to flatten.

To Understand about Python Data Types

Flattening can be done in a number of ways such as by nested loops, by using some library functions in the code, by += operator, reduce method, NumpyFlat etc. The best way user can consider for flattening is nested loops though.

The task in the above program is that the whole loss of the nested list is now a single form of flattening list. There can be unlimited lists to flatten. This can also be done using another method with is by importing itertools.

Check out the program below for flattening the lists using += operator in python:

The output of the above code using += operator will be:

There are some pre-defined rules for flattening the list which are: 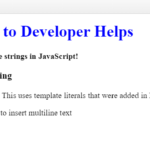 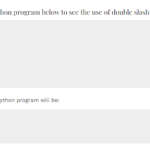