Singleton class in java is a class that can have only a single object. It also means it can have just one instance of a class at the same time. In java, even when we try to make another object from the singleton class. It will only point towards the earlier created instance. So any changes in the class, they will only reflect upon the single created instance of that class. The singleton class has the power to control the instantiation of the class, therefore they also have the flexibility that it can change the whole process of creating an instance.

We need to make some modifications to make a class singleton.

To know more about singleton class, we have singleton design patterns in Java. These patterns help us in providing best ways to create an object of the class. The patterns have a single class for the creation of an object. It makes sure that only single object gets created. We follow some approaches related to singleton design patterns such as lazy initialization, eager initialization, and thread safe singleton, enum singleton etc. It is just like a code library in java with functions used for number of coding approaches on various techniques by computer programmers.

The output of the following program will be:

Can singleton class be inherited in Java?

As we know that we cannot inherit a static class in java. However, a singleton class is inherited. It can have a base class of its own from which it can inherit the methods and functions. These classes can be serialized as well. The result of the class which is inherited by the singleton will also be a singleton. Hence, proper patterns should be followed for this. If a user wants that singleton class should not be inherited in an application, he can make the use of the ‘sealed’ keyword. Once the class is sealed, no one can further inherit the class.

Things you should know:

To resolve this thing, we can use overriding by using methods such as the readResolve() method. It will enforce the singleton class just after the object is deserialized. As a result, it will return the singleton object of the class. 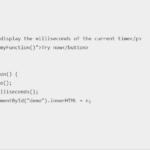 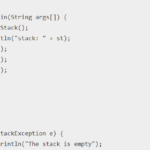