Python modules & packages play a very important role while working on a code. A module in python is basically a file containing the Python code. However, a package can be defined as a directory that holds sub-packages and modules. A package must hold the file __init__.py. This does not apply to modules. To import everything from a module, we always use *

A file containing a set of functions you want to include in your application is called python modules.

To create a module, the user just has to save the code you want in a file with the file extension .py

The user can use the modules which he creates by using the import statement:

The user can name the module file whatever he likes, but it must have the file extension .py

There are several built-in modules in Python which user can import whenever he likes.

A Python package usually consists of several modules. A package folder usually contains one file named __init__.py that basically tells Python: “Hey, this is a package!” The init file may be empty, or it may contain code to be executed upon package initialization.

We can import modules from packages using the dot (.) operator.

For example, if we want to import the start module in the above example, it is as follows:

We can now call the function simply as follows:

The user has to ensure that when he finds the module, he needs to do one of the following: 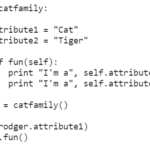 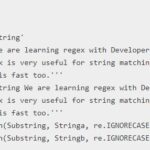