Before learning a functions in python, you must be familiar with the scope of variable as it plays a significant role.
Functions in Python is a self contained independent block of logical code, which perform a specific task. They can not be run independently and are always called by the main program or by some other function. Whenever function called is made flow of central automatically transfer to the function definition and process statement in function body. After execution of flow of control return back to the position where function call was made.

Functions played a very important role in any programming language. In this article we will see:

In above syntax, def is a keyword.
functionname is a name of function.

How to call function in Python :

To use a function, you will have to call that function to perform the defined task. When a program calls a function, the program control is transferred to the called function.

To call a function you simply need to pass the required parameters along with the function name, and if function returns a value, then you can store the returned value.

Here, you made a function name “func” . Initially our control is on “a = func()” line.  So it will call a func() and go inside the function body. Therefore, first it will print “You are inside a function” then it will come on to the next line and return “BYE..” . Now our control is come back to the “a = func()” line and stored return value in variable ‘a’ .  Now, it will come to the next line “print(a)”, therefore it wil print”BYE..” .

Here, you stored a function name “sum” with another variable “result”. Then call this function with the help of “result” variable and it will also do the same thing.

How to calculate execution time in Java 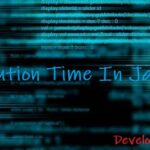 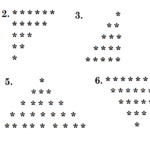