In the above example, we have created a slice which is starting at the end of the string and moves backward.

The slice statement which is used is [::-1]. It means slicing will start at the end of the string and end at position 0, move with the step -1, negative one, which means one step backwards.

Let us see an example below to understand the reversal of a string better-using recursion:

If the user wishes to have a function where he can send the string and then return it backward, he can use a function to do this. Let us see an example below to understand the reversal of a string.

Python Program to reverse a string using for loop

In the above code, The user has declared the reverse() function and passed the str argument to it. In the function body, he has declared an empty string variable str1 that will hold the reversed string. Next, the for loop iterated every element of the given string, join each character in the beginning, and store it in the str1 variable. After the complete iteration, it returned the reverse order string str1 to the caller function. Hence result prints. 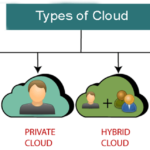