we have another way to convert char array to string. we do it by using value() method in java. The char sequence in the specified array can also be done using copyValueOf() method where we simply specify that part of the array which is to be copied.

This is how we create the first array:

Now, the value() method will convert the whole array into a string.

The output of the above program will be:

In this program, we have used String.valueOf() which iterates the characters and gives the final output.

Let’s see the program below to understand this method better.

The output of the program will be:

In this program, the output is clear as stated by the user which is the first two characters of the string. Not a as we know that we initialize the array from 0.

Java Program to find occurrence of a character in a string 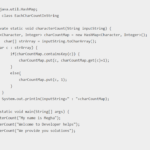 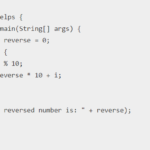 Java program to reverse a number